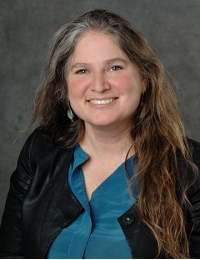 Yael Aronoff [Ph.D. PLS, Columbia U.] is the Director of the Michael and Elaine Serling Institute for Jewish Studies and Modern Israel and and is Serling Chair of Israel Studies. Dr. Aronoff is Professor of Political Science/International Relations in James Madison College at MSU. Dr. Aronoff is currently serving as the President of the Association of Israel Studies. She is a recipient of the MSU 2011 Teacher-Scholar Award and the 2015 MSU John K. Hudzik Emerging Leader in Advancing International Studies and Programs Award. Dr. Aronoff is interested in research and teaching regarding Israeli politics, cultures, and society, as well as foreign policy. She is particularly interested in peace negotiations and the conditions under which wars end, as well as the means and limits of war. Her book, The Political Psychology of Israeli Prime Ministers: When Hard-Liners Opt for Peace, was published by Cambridge University Press (2014), and compares and contrasts six Israeli prime ministers and their decision-making on the Israeli-Palestinian conflict.

Dr. Aronoff’s co-edited book, Continuity and Change in Political Culture: Israel and Beyond with Ilan Peleg and Saliba Sarsar, is forthcoming with Lexington Books, the Rowman and Littlefield Publishing Group, in 2021. Ten leading scholars in  political science, anthropology, Israel studies, and Middle East affairs address the theme of continuity and change in political culture as a tribute to Professor Myron (Mike) J. Aronoff, whose work on political culture has built conceptual and methodological bridges between political science and anthropology. Dr. Aronoff co-authored the introduction and also contributed the chapter “Pathways to Peace: Legitimation of a Two-State Solution. Her other recent publications include “The Zionist Center-Left Opposition to the Netanyahu Governments,” in Israel Under Netanyahu: Domestic Politics and Foreign Affairs, ed. Robert Freedman, Routledge, 2019 and “Israeli Prime Ministers: Transforming the Victimhood Discourse,” in The Victimhood Discourse in Contemporary Israel, Ed. Ilan Peleg. Roman & Littlefield, 2019. Dr. Aronoff current book project, The Dilemmas of Asymmetric Conflicts: Navigating Deterrence and Democratic Constraints, focuses primarily on the experiences of Israel and of the United States, and explores the tensions faced by democracies fighting long-standing asymmetric wars, as they juggle traditional military doctrines with the restraint needed to maintain domestic and international legitimacy as well as uphold international humanitarian law. Dr. Aronoff has published in Foreign Policy, Israel Studies, Israel Studies Review, Israel Studies Forum, and Political Science Quarterly, was book review editor for Israel Studies Review; and has served on the Board of Directors of the Association of Israel Studies for the past ten years. Professor Aronoff led the MSU Jewish Studies Summer Program at Hebrew University’s Rothberg School in 2007, 2010, 2013, and 2017. She has given approximately 100 public lectures and provides lectures as part of the Association of Jewish Studies Distinguished Lectureship Program. 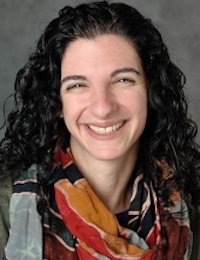 Kirsten Fermaglich [Ph.D. History, NYU] has taught in the History Department at MSU since 2001. She is the author of A Rosenberg By Any Other Name: A History of Jewish Name Changing in America (NYU Press, 2018) which won the Saul Viener prize for the best book in American Jewish history from the American Jewish Historical Society in 2019. Her book on American social scientists and Holocaust metaphors, American Dreams and Nazi Nightmares: Early Holocaust Consciousness and Liberal America, 1957-1965, appeared in 2006. She is also co-editor (with Lisa Fine) of the Norton Critical Edition of Betty Friedan’s The Feminine Mystique (2013). She is currently co-editor (with Adam Mendelsohn and Daniel Soyer) of the journal, American Jewish History. She has published in the Journal of American History, American Jewish History, the Michigan Historical Review, Southern Jewish History, and several edited volumes. She has won fellowships and grants from a number of organizations, including YIVO, the Posen Foundation, and the Association for Jewish Studies. In 2011, Kirsten received a Legacy Heritage grant from the AJS, which supported a year of programming at MSU in 2011-2012 on the theme “Telling Family Stories: Jews, Genealogy & History.” Kirsten also co-curated (with Ken Waltzer) a 2002-2003 MSU museum exhibit, “Uneasy Years: Michigan Jewry During Depression and War,” that was recognized by the Michigan Council for the Humanities as among the top thirty projects the Council supported in thirty years. 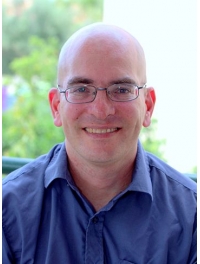 Assistant Professor of Hebrew in the Department of Linguistics, Languages, and Cultures

Yore Kedem [Ph.D., Secondary and Continuing Education, University of Illinois]  is an Assistant Professor of Hebrew in the Department of Linguistics, Languages, and Cultures. His primary research interests are experiential and aesthetic education, with emphasis on application in music, language, and study abroad. At MSU Dr. Kedem teaches Hebrew at all levels, emphasizing practical and applicable learning. On occasion, he also offers an inquiry-based course on immigration as a global issue from local perspectives for the Center for Integrative Studies in the Arts and Humanities. Dr. Kedem also leads Study Abroad Programs on Cultural Diversity and Immigration in Israel. In 2022, Dr. Kedem received the MSU Award for Outstanding Service to Education Abroad. 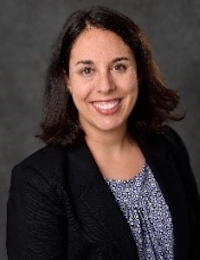 Amy Simon (Ph.D., Indiana University—Bloomington) is the new Inaugural Appointee to the William and Audrey Farber Chair in Holocaust Studies and European Jewish History, which is sited in James Madison College and the History Department. She is a core Jewish Studies faculty member. She has worked as a researcher at the United States Holocaust Museum and has published several articles on Holocaust literature and Holocaust perpetrators. Dr. Simon will be the first professor appointed to an endowed Holocaust Studies chair in Michigan. This Fall, she will be teaching MC498 “Senior Seminar in Social Relations: The Holocaust in American Memory.” This course will examine the ever-changing constructions of Holocaust memory in the United States, from the revelations of the horrors of the concentration and death camps in the spring of 1945, through the challenge of Holocaust remembrance in personal testimony, literature, film, and physical memorials in the present day. In Spring 2017 she will be teaching HST411 “European Jewish History,” which will examine post-World War II issues including the emergence of new centers of Jewish life in Europe and the Former Soviet Union, as well as Holocaust memory and memorialization in major European centers. She will also be teaching MC387: “Jews and Anti-Semitism,” which will compare the history and sociology of modern Jewish experiences, explore anti-Semitism and intergroup relations and examine the Holocaust and responses to the Holocaust. 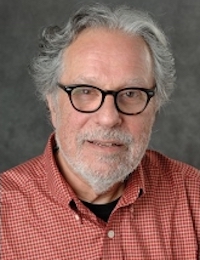 Steven Weiland [Ph.D. English, U. of Chicago] has taught and held administrative positions at the Universities of Michigan, Iowa, and Minnesota, and spent nine years as Director of the National Federation of Humanities Councils. Professor Weiland joined the MSU faculty in 1991 as Professor of Higher Education. From 1995-2002, he served as Director of Jewish Studies at MSU and taught courses in American Jewish literature and culture. His scholarly and teaching interests focus on academic and intellectual careers and research methods, particularly narrative practices in the social sciences. He is the author of a book on intellectual history, co-author of another on social gerontology, and co-editor of a book on jazz. Professor Weiland is at work on Writing Jewish Lives: Heritage and Task, a study of American Jewish autobiography and biography, which will explore the meaning of Jewish difference for writing American Jewish lives. 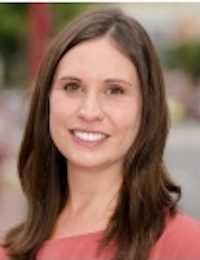 Assistant Professor in the Department of Religious Studies

Laura Yares (Ph.D., Georgetown University) is Assistant Professor in the Department of Religious Studies, and a core faculty member in The Michael and Elaine Serling Institute for Jewish Studies and Modern Israel. Her research and teaching centers on the Jewish experience in modernity, and on Jewish education in particular. She completed her undergraduate degree at Oxford University in the U.K., and holds an M.St. in Jewish Studies from Oxford as well as an M.A. in Religion and the Social Sciences from McMaster University in Ontario, Canada. She completed her doctoral work in the Religious Studies department at Georgetown University, writing on the development of Sunday schools in 19th century American Judaism. Following her Ph.D., she spent four years as Director of Educational Research at Hillel International before returning to full time teaching and research in 2018 as a faculty member at Michigan State. Her latest research project focuses on intersections between Jewish education and cultural arts, in collaboration with the Mandel Center for Studies in Jewish Education at Brandeis University. She currently serves on the Book Review committee of the Journal of Jewish Education, and on the Executive Committee of the Network for Research in Jewish Education. At Michigan State, she teaches courses in Religious Studies and Jewish Studies, including upper level courses in Jewish religion and thought. 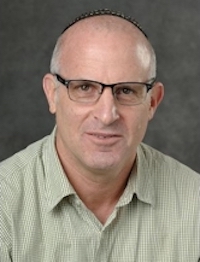 Marc S. Bernstein [Ph.D., Near Eastern Studies, UC–Berkeley] is Associate Professor Emeritus of the Department of Linguistics, Languages, and Cultures and the Serling Institute for Jewish Studies and Modern Israel.
His primary research interests are Hebrew and Israeli culture, and the intersection of Jewish and Islamic civilizations. He teaches courses in modern Hebrew, Israeli society, Israeli film, and the monotheistic traditions of Judaism, Christianity, and Islam. He has won a Fintz Award for Teaching Excellence in the Arts and Humanities. Marc is the author of Stories of Joseph: Narrative Migrations Between Judaism and Islam (2006), which focuses on a Judeo-Arabic account of the biblical Joseph and explores the interdependence of Muslim and Jewish traditions around shared sacred figures. He directed the MSU Jewish Studies Summer Program at Hebrew University in 2008, 2009, and 2014. 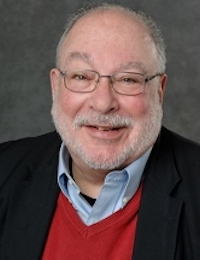 Kenneth Waltzer [Ph.D. History, Harvard U.] is Professor Emeritus of History in James Madison College and was Director of Jewish Studies from 2004 until August 2014. In recent years, he has won a State of Michigan Teaching Excellence Award, the Mid-Michigan Alumni Club Quality in Undergraduate Teaching Award, and the Outstanding Study Abroad Director Award in Arts and Letters. He was formerly Associate Dean and Interim Dean of James Madison College, and he directed the Center for Integrative Studies in Arts and Humanities. Professor Waltzer’s interests cover American social and political history, especially urban and immigration history, and also modern Jewish history in Europe, America, and Israel. He is recognized internationally for his current research and writing with Red Cross ITS documents and survivor testimonies and interviews in The Rescue of Children and Youth at Buchenwald. With K. Geissler, he developed The American Identity Explorer: Immigration and Migration CD-ROM (1998, 2001), and, with K. Fermaglich, he co-curated the award-winning exhibit (now traveling exhibit) at the MSU Museum, “Uneasy Years: Michigan Jewry During Depression and War.”  Recently, he was historical consultant to and appeared in the feature-length documentary film Kinderblock 66.