You can watch our events here

Building on our previous panel, held in anticipation of Richard Spencer’s impending campus visit, we continue our efforts to ‘build community and resist hate’ with a second panel on September 16 at 7pm in Club Spartan in Case Hall, organized by Muslim Studies and the Serling Institute. Featuring representatives from academic units and communities across campus, the panel will highlight the dangers of white nationalism, the threats that these hate groups pose to our communities, and the importance of building community to resist these threats. 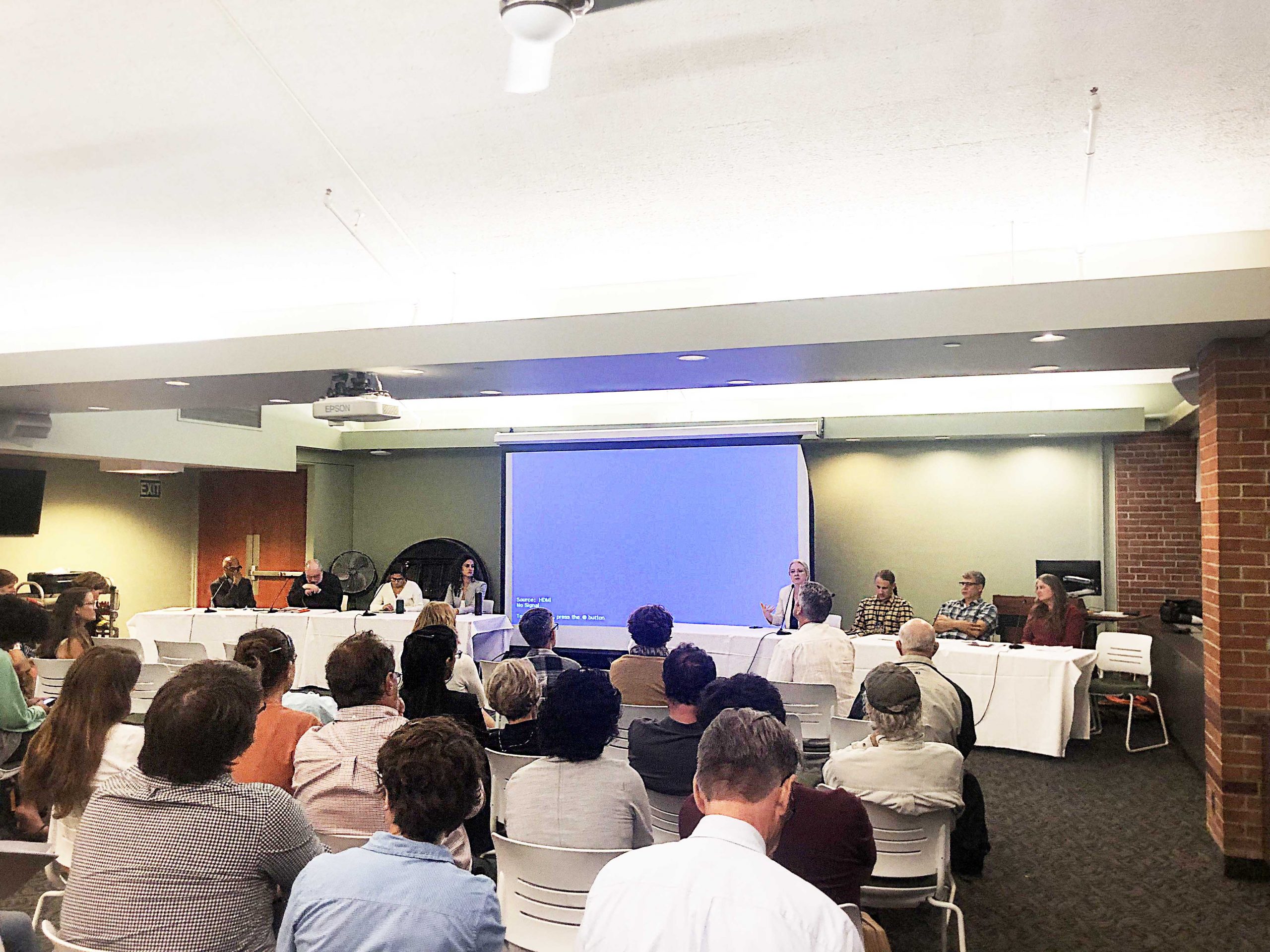 For the first time in its history, Israel’s April 2019 elections ended in stalemate and Likud Party Chair Benyamin Netanyahu was unable to cobble together a coalition with over 50% of the Knesset members. Israel’s parliament subsequently disbanded and new elections will be held on September 17th. Two days after the elections, a post-election wrap- up will take place, beginning with a presentation by Alon Tal, MSU’s 2019 Serling Visiting Professor – and a founding member of the Blue & White party’s list of Knesset candidates, who actively participated in both 2019 campaigns. He will answer questions like: What were the issues? How were they framed? How does social media transform the country’s political campaigns? What were the tactics used by different parties? And what do the results mean for Israel’s future? After Dr. Tal’s opening presentation, Professor Yael Aronoff, Serling Chair in Israel Studies, Director of the Michael and Elaine Serling Institute for Jewish Studies and Modern Israel will respond with her analysis – and the two will then conduct an open discussion with the audience about this unique year in Israeli political history 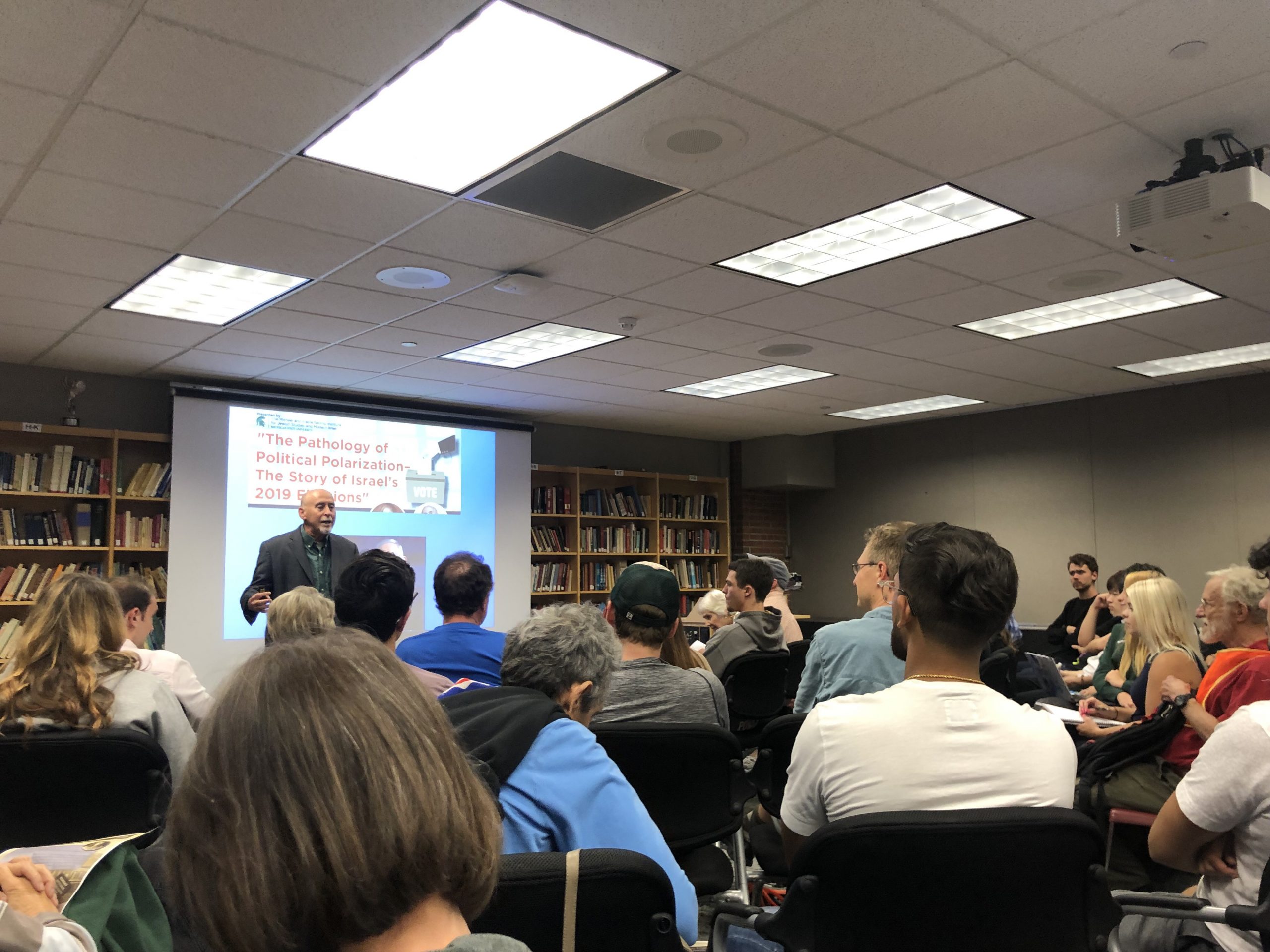 How Frontier Jews Made American Judaism by Shari Rabin

The first mass migration in American Jewish history took place in the nineteenth century, during the era of westward expansion and manifest destiny. Shari Rabin, author of Jews on the Frontier: Religion and Mobility in the Nineteenth Century (New York University Press, 2017), will discuss the experience of these Jewish migrants, focusing on the eclectic forms of religious life that they developed and what they can tell us about American Judaism in the twenty-first century. Shari Rabin is currently assistant professor of Jewish studies and religion at Oberlin College. Jews on the Frontier won the National Jewish Book Award in American Jewish Studies and was a finalist for the Sami Rohr Prize for Jewish Literature. Shari received a PhD in religious studies from Yale University in 2015. 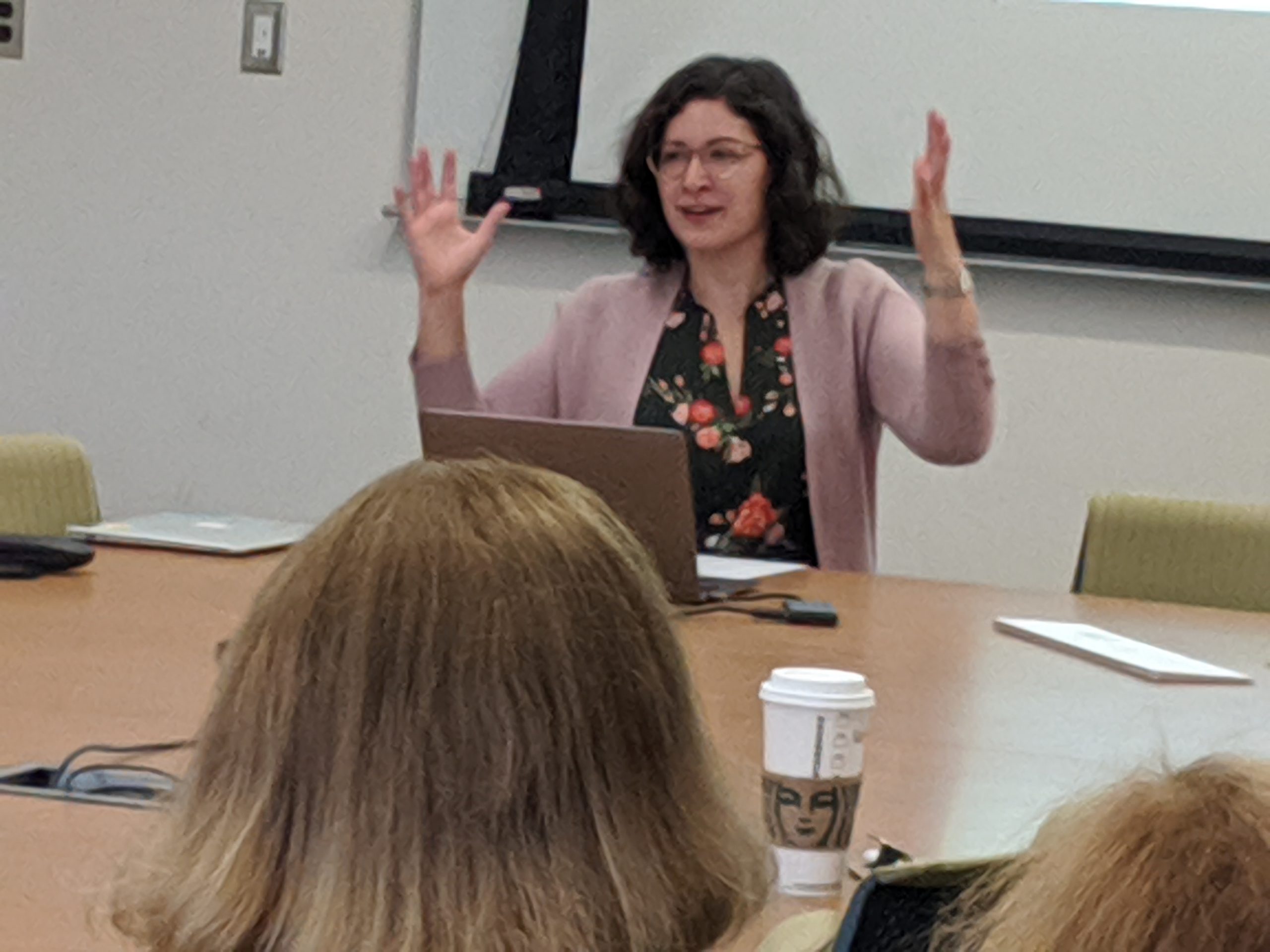 In this wide-ranging discussion with Professor Laura Yares, Sarah Hurwitz will discuss her recently-published book, Here All Along: Finding Meaning, Spirituality, and a Deeper Connection to Life – in Judaism (After Finally Choosing to Look There). She’ll talk about what led her to engage in deep Jewish learning and what she discovered during her journey. Sarah will also share stories and lessons learned from her career as a political speechwriter and provide tips for effective speechwriting and communication. From 2009 to 2017, Sarah Hurwitz served as a White House speechwriter, first as a senior speechwriter for President Barack Obama and then as head speechwriter for First Lady Michelle Obama. Prior to working in the White House, she was the chief speechwriter for Hillary Clinton on her 2008 presidential campaign, as well as Deputy Chief Speechwriter for Senator John Kerry and General Wesley Clark during the 2004 Presidential campaign cycle. Sarah is a graduate of Harvard College and Harvard Law School. There will be complimentary copies of Hurwitz’s book available. 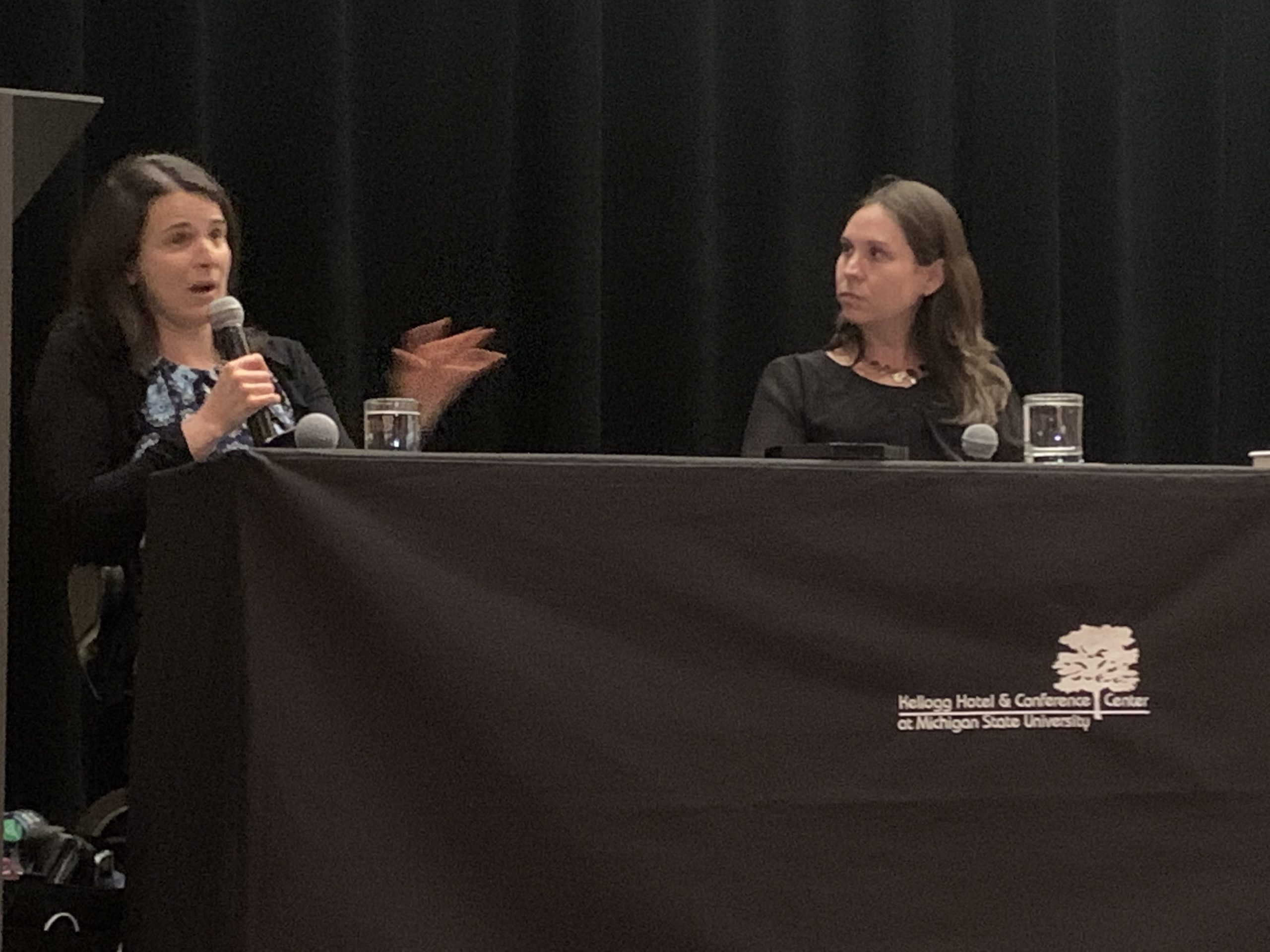 The Predicament of Aftermath: Oral History and the Ghosts of the Past by Edward T. Linenthal

This presentation will offer video testimonies from Holocaust survivors, an officer from the famed Tuskegee Airmen, and first responders from the Oklahoma City bombing as “case studies” in the struggle to engage the open wounds of violent pasts. Edward T. Linenthal is Professor of History at Indiana University, Bloomington, and served as editor of the Journal of American History from 2005-2016. He has been a Sloan Research Fellow in the Arms Control and Defense Policy Program at MIT, where he did the research for his first book, Symbolic Defense: The Cultural Significance of the Strategic Defense Initiative. He is also the author of Sacred Ground: Americans and Their Battlefields; Preserving Memory: The Struggle to Create America’s Holocaust Museum; and The Unfinished Bombing: Oklahoma City in American Memory. 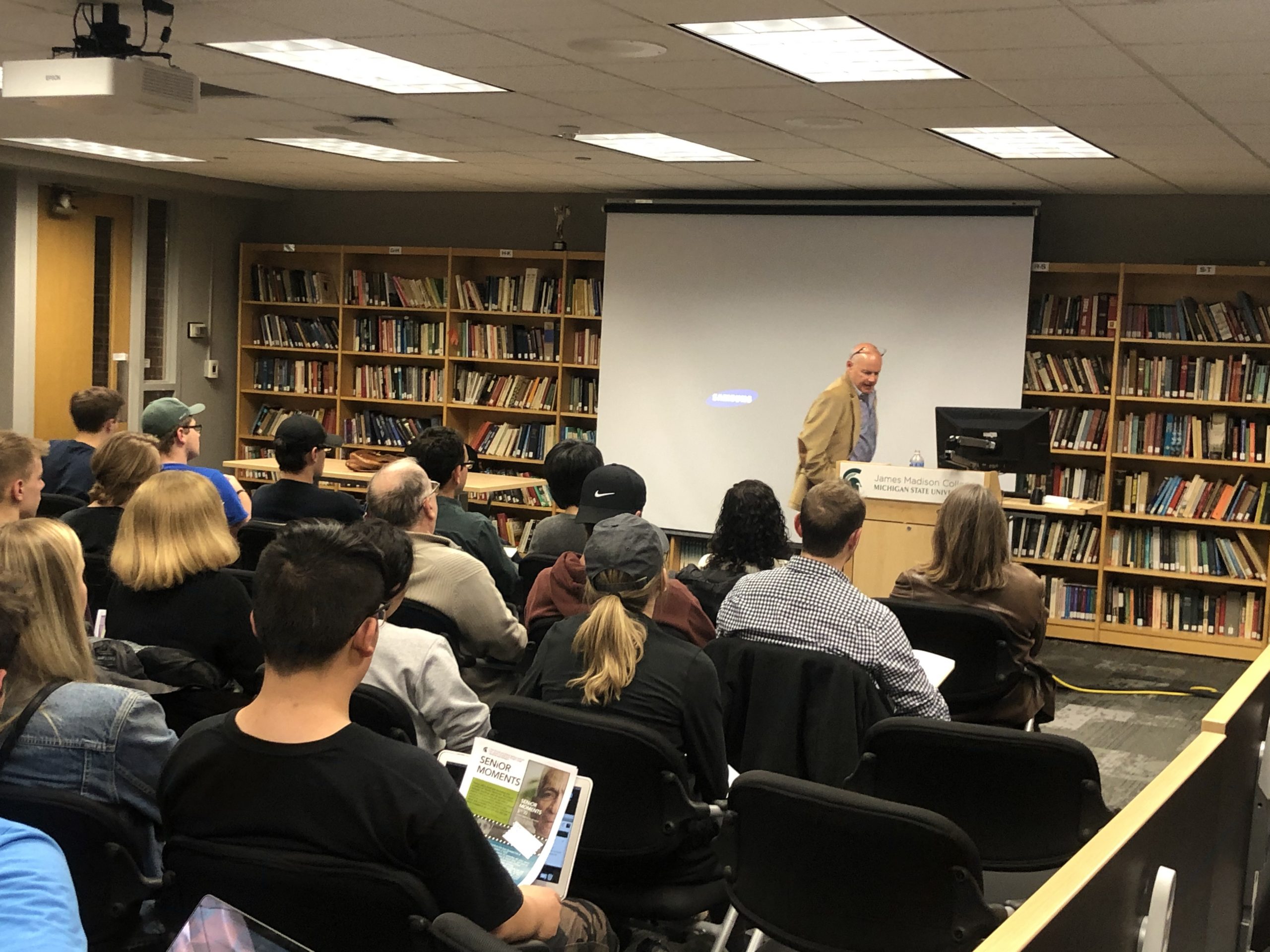 Israeli Leaders Who Made Historic Decisions- What Inspired Them? by David Makovsky

In 2019, Dennis Ross and David Makovsky published a new book entitled Be Strong and of Good Courage: How Israel’s Most Important Leaders Shaped Its Destiny. The book examines key moments in Israeli history in which leaders had to make crucial decisions, and examines the issues of leadership and judgement surrounding those decisions. David Makovsky is one of America’s leading experts on Israel and is the Ziegler Distinguished Fellow and director of the Washington Institute for Near East Policy Project on the Middle East Peace Process. He is also an adjunct professor in Middle East studies at Johns Hopkins University’s Paul H. Nitze School of Advanced International Studies (SAIS). 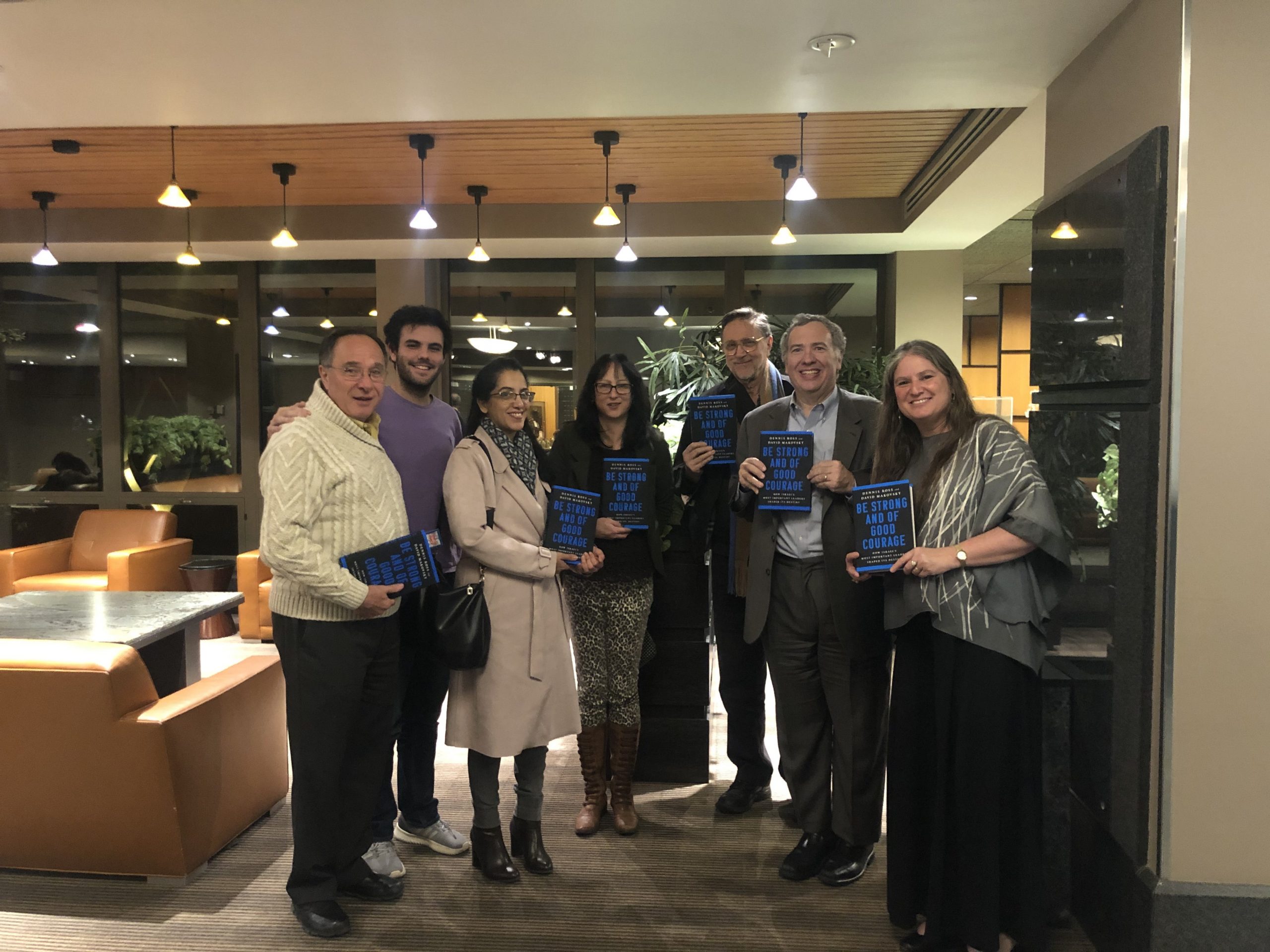 Time is one of our most essential resources. While researchers from various disciplines have studied time, less attention has been paid to the connection between time and public policy. Dr. Lahat will discuss four questions: 1) How does the Israeli public spend their time, vis-à-vis four kinds of time: sleep, work, care time and personal time? 2) What are their preferences regarding the use of time in these four categories? 3) What is the public support for different policy alternatives that affect different uses of time? 4) Is there a connection between the preferences regarding the uses of time and policy alternatives?
Dr. Lihi Lahat is a senior lecturer in the Department of Administration & Public Policy at Sapir Academic College in Israel. Her articles have been published in journals such as Policy Sciences, Social Policy & Administration, International Review of Administrative Sciences and Poverty & Public Policy. 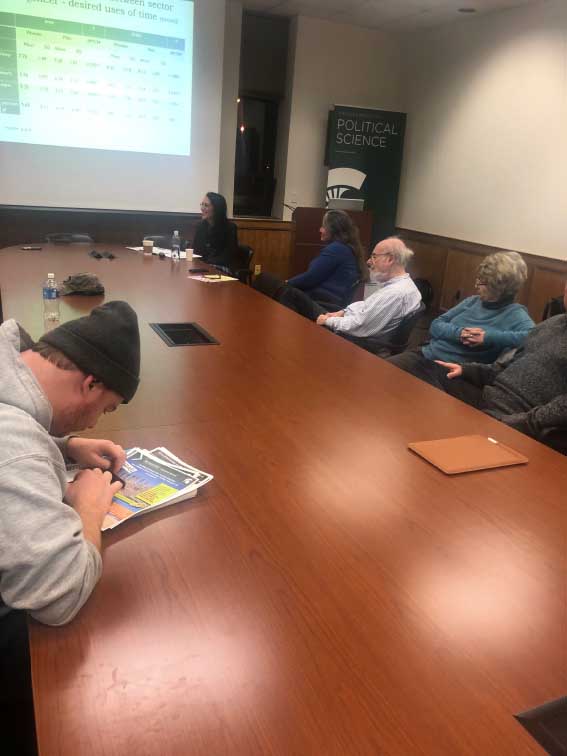 Annual Kessler Film: “Who Will Write Our History?Introduction and post-film discussion led by Amy Simon

“In November 1940, days after the Nazis sealed 450,000 Jews in the Warsaw Ghetto, a secret band of journalists, scholars and community leaders decided to fight back. Led by historian Emanuel Ringelblum and known by the code name Oyneg Shabes, this clandestine group vowed to defeat Nazi lies and propaganda not with guns or fists but with pen and paper. Now, for the first time, their story is told as a feature documentary. Written, produced and directed by Roberta Grossman and executive produced by Nancy Spielberg, Who Will Write Our History mixes the writings of the Oyneg Shabes archive with new interviews, rarely seen footage and stunning dramatizations to transport us inside the Ghetto and the lives of these courageous resistance fighters. They defied their murderous enemy with the ultimate weapon – the truth – and risked everything so that their archive would survive the war, even if they did not.” 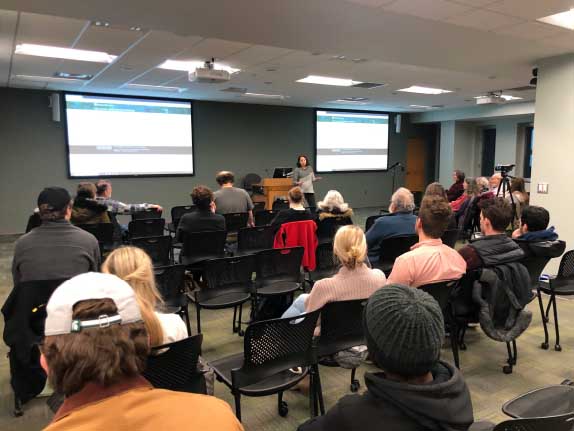 Tamar Kay  introduced her film Senior Moments and lead a discussion after the screening. Funny, witty, bold and revealing, the creators of “Senior Moments” document intimate meetings with 10 resilient active elderly folks surviving old age with a vengeance. It cohesively samples a cultural variety of personalities in modern-day Israel and provides an inspiring outlook on what it means to be old this day and age.

Tamar Kay graduated from the Sam Spiegel Film & Television School in Jerusalem in 2015.
“Unchained,” an Israeli TV drama (12 episodes, 40 mins each) Tamar created with Yossi Madmoni & David Ofek, will have its premiere in November 2019, at the Israeli KAAN channel.  She is a two-time Israeli Academy Award nominee.
The Mute’s House, which she directed and co-produced was shortlisted for the 2017 Best Short Documentary Academy Award (Oscars) and screened internationally and at MSU, winning numerous awards in prestigious festivals. Tamar edited the TV series, “Arik Einstein: A Standard Love Song”, which won the Israeli Emmy for Best Documentary TV Series (2018).

Dr. Devin Naar, “Between the Ottoman Empire and Modern Greece: The Fate of Salonica”

Susie Linfield, “The Lions’ Den: Zionism and the Left from Hannah Arendt to Noam Chomsky”

David Makovsky, on Israeli Leaders Who Made Historic Decisions

Edward Linenthal, “The Predicament of Aftermath: Oral History and the Ghosts of the Past.”

Jews on the Frontier with Dr. Shari Rabin (Oberlin College)