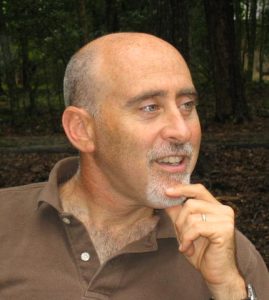 Dr. Alon Tal is a Serling Visiting Israeli Scholar at James Madison College in MSU for the sixth time during the
Fall 2020 semester.

Dr. Alon Tal [Sc.D., Harvard University; Ll.B., Hebrew University] is the Chair of the Department of Public Policy at Tel Aviv University and founded the Arava Institute for Environmental Studies, a graduate studies center in which students join Israeli, Palestinian and Jordanian environmentalists to study common environmental challenges and solutions.

Dr. Tal served as the co-chair of Israel’s Green Party. He is also a founding member of the Blue & White party’s list of Knesset candidates, who actively participated in both 2019 campaigns.

He is the author of five books. The latest is The Land Is Full: Addressing Overpopulation in Israel, New Haven, Yale University Press, 2016.

During  Fall 2020 he taught two sections of MC335: Israeli Politics, Cultures, and Society. 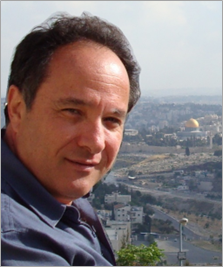 Dr. Harry Yuklea serves his fifth term as Serling Visiting Israeli Professor at MSU on a joint appointment by Serling Institute and Broad Business College. As an academic and practitioner, Dr. Yuklea taught his courses at Hebrew University, The Technion and Tel Aviv University in Israel as well as in India, Greece, Argentina, and Uruguay. His academic expertise area is entrepreneurial economics, finance, and policy design fields.

At MSU, Harry teaches in the fall semesters the FI491-003 (Economics and Finance of Innovations), IBUS211-01 (Culture and Business in Middle East) and two sections of ESHP 190 (The Art of Creating) courses. In addition, Dr. Yuklea serves in the International Advisory Board of Broad College and is involved in initiatives intended to increase the cooperation between Israelis and Michiganians such as the Michigan Israel Business Accelerator. 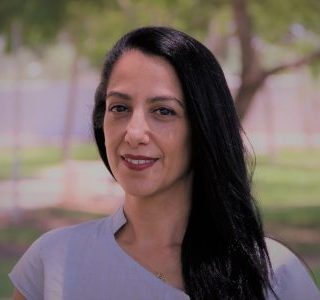 Dr. Lihi Lahat is teaching PLS 392: Public Administration, Public Policy and Policy Analysis: The Israeli Case, during the Fall 2019 semester for the Political Science Department. Dr. Lahat is being sponsored by the Israel Institute.

Lihi Lahat [Ph.D.Tel Aviv University] is a senior lecturer in the Department of Administration & Public Policy at Sapir Academic College. Her aricles have been published in journals such as Policy Sciences, Social Policy & Administration, International Review of Administrative Sciences and Poverty & Public Policy. Her areas of research are policymakers’ perceptions of poverty, the regulation of personal social services, the trust and well-being of public officials, uses of time and policy, and collaborative governance.

Dr. Katzir is an accomplished Israeli documentary filmmaker and former Head of the History Department and Lecturer at the Film Department of the Art School within Beit Berl Academic College.

Her films include Company Jasmine, a movie about women in the Israeli Defense Forces; Praying In Her Own Voice, about the Women of the Wall in Jerusalem; Violins in Wartime, about life in Israel during the Lebanon War; and Shores of Light, about the displaced persons camps in Southern Italy. Both Violins in Wartime and Shores of Light were shown as part of the annual Kessler film series at MSU. Her newest documentary, The Albanian Code, is about Jewish refugees who were saved in Albania during WWII. The documentary is being shown internationally at film festivals.

Dr. Katzir films have been screened in festivals around the globe, receiving several awards. She continues to be invited to sit on international film festival juries. 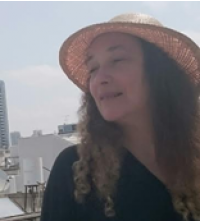 Yehotal Shapira [Ph.D., The Technion – Israel Institute of Technology] was a Fall 2016 Visiting Israeli Scholar. She was supported by the Serling Institute.

Dr. Shapira interests are architecture and the arts within cultural studies.

Dr. Shapira, a lecturer at Technion, Israel Institute of Technology, taught two courses at the Residential College in the Arts and Humanities. She taught  RCAH395 The Mount and the City: Religion, Politics and Architecture in Jerusalem. The course examined the place of the Temple Mount/al-Haram al-Sharif in the complex, urban and multicultural environment of Jersusalem. The course analyzed the modern history and surrounding urban development of the Temple Mount and evaluated it as a focal point for conflict and contested perspectives. She also co-taught RCAH 320 Art and Public Life, about divided cities. 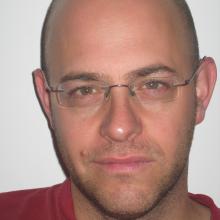 Yuval Benziman was a fellow of the Serling Institute for Jewish Studies and Modern Israel in 2015-2016, taught three semesters at James Madison College, and is now returning to MSU to teach in the 2022-2023 Fall semester. He is a Senior Faculty Lecturer in the Conflict Research, Management and Resolution Program of the Hebrew University of Jerusalem in Israel, and the holder of the Katia & Hans Guth-Dreyfus Lectureship for Conflict Resolution and the Law. He also teaches in the School of Government, Diplomacy and Strategy and in the School of Psychology in the Reichman University (IDC Herzliya).

His fields of interests include conflict resolution, official and unofficial negotiations, cultural studies, and collective narratives. In the past two years he published articles about how world leaders framed the COVID-19 pandemic when addressing their constituencies and how the Israeli Prime Minister did so; an article mapping the different strategies that Israelis and Palestinians used in order to conduct negotiations in the past 20 years although declaring that no negotiations are taking place and describing their rival as a “non-partner”; a study about the way an Israel satire show (“Zehu-Ze”) portrayed Israeli society during the pandemic, mocking Israel’s polices while also yearning for nostalgia and a sense of togetherness, wishing to unite society but doing so by giving preference to parts of society over others; and more.

Yuval is also a practitioner of the field of conflict resolution. He works and collaborates with different Israeli think tanks, institutions, and NGOs, including the joint Israeli-Palestinian Geneva Initiative in which he took the role of editing a 400-page document detailing all aspects of a potential draft-agreement between the sides, and currently co-authoring a guide for reconciliation.

When not being in MSU, he lives with his wife and three kids in Hulda, a Kibbutz in the center of Israel. 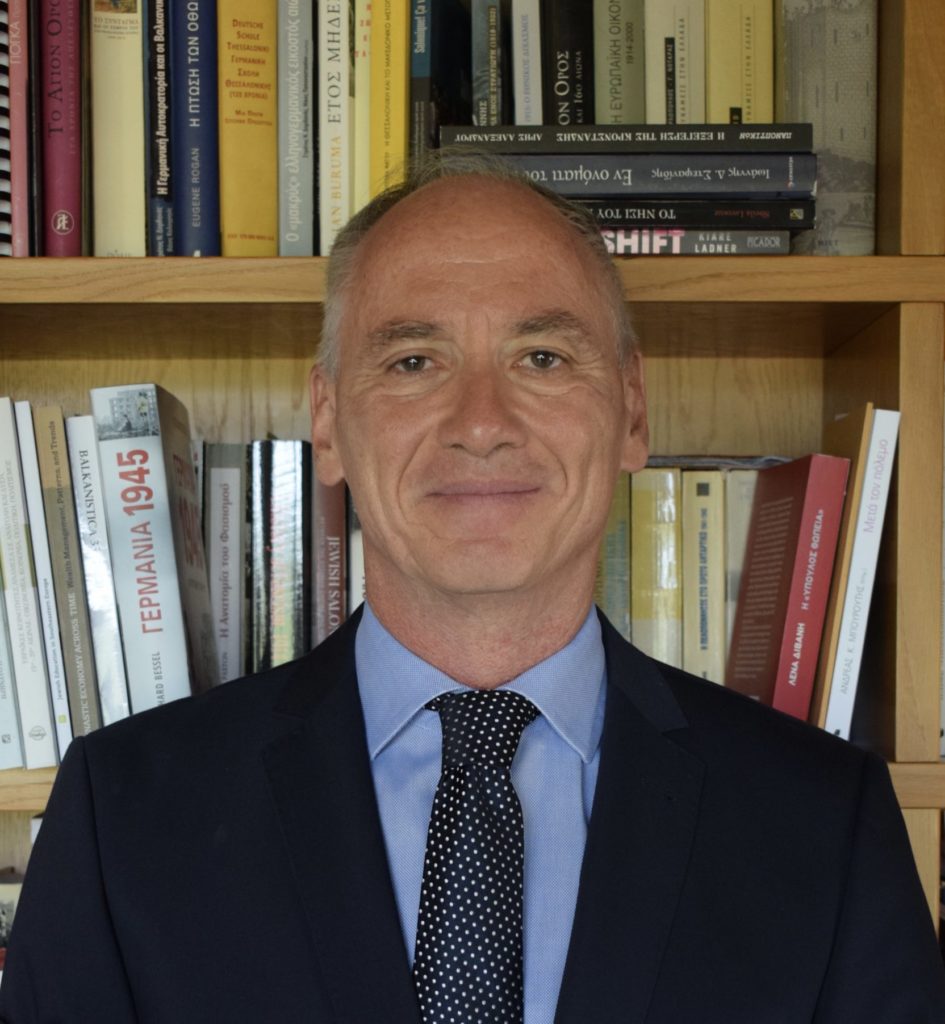 Dr. Andreas Bouroutis is a Historian/Political Scientist – Economist and he is the recipient of the Aida Weintraub Finifter Visiting Scholarship at Michigan State University. Durig the this Fall semester he will teach History 201H – Historical Methods and Skills and ISS 325 – War and Revolution. A part of both courses will focus on the life and culture of the Romaniote Jews in Greece.

He was a scholar of the education exchange program between Greece and Germany (DAAD) in 2013 and twice a bursary of the Italian State (2016-2019). In 2018 he was a Postdoctoral Research Fellow at Yad Vashem Holocaust Research Institute in Jerusalem. His research interests includes multicultural societies (Mediterranean port cities) and transnational aspects, state transformation and imperialism (Balkans – Europe), and Jewish communities in Greece and the Balkans.

He has published several articles in Greece and abroad about the Jewish communities and the Holocaust (Shoah). Among his most recent publications are: After the war. Thessaloniki and the fate of the Jewish Fortunes, Holocaust in Thessaloniki, The Italians and the Jewish Students of Umberto Primo School, and The Bourgeoisie and the European School Institutions in Thessaloniki (1888- 1943), cultural and social breakthrough on a late Empire City. 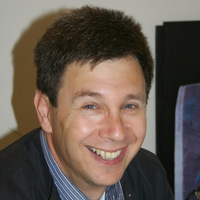 Dr. David Mendelsson was a Serling Visiting Israeli Scholar in MSU in Spring 2010 and in Spring 2014, where he taught Contemporary Israel at James Madison College.

Dr. Mendelsson was a Schusterman Visiting Professor of Israel Studies at the University of Southern California and at the Hebrew Union College–Los Angeles for 2010–2011. He has been a scholar-in-residence at Brandeis University and at Michigan State University, and teaches a course for the MSU Serling Institute Summer Program at Hebrew University. 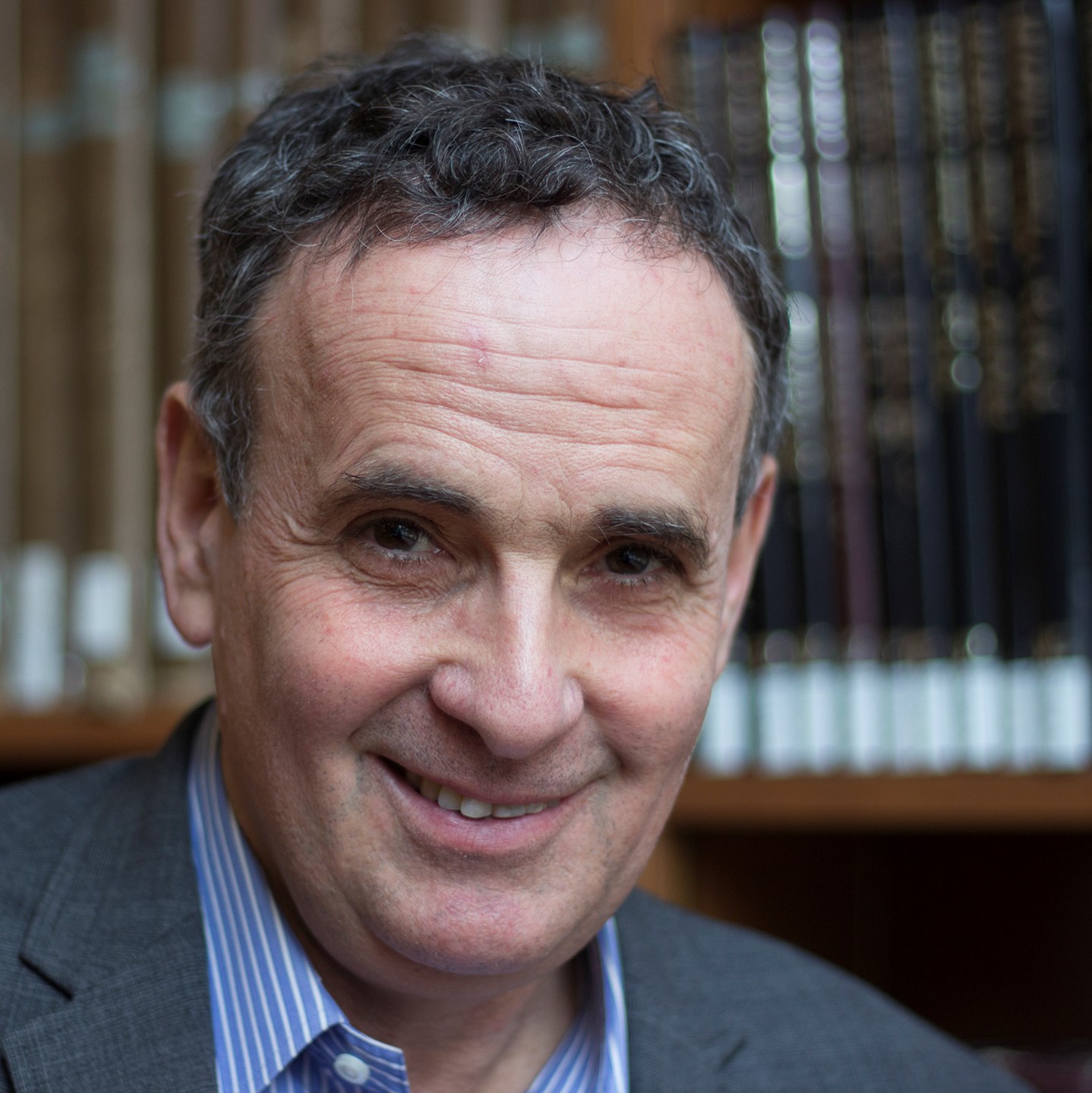 Chen Bram taught two courses at James Madison College in the fall semester: one on Israeli Society and Culture, the other on Jewish-Muslim Relations. He taught two sections of a methods course, Experiencing Field Research, in Spring 2014. He has also presented to Jewish Studies, Muslim Studies, and local institutions on his research discussing immigrant communities in Israel, Jews from the Caucasus, and Jewish-Muslim relations.

An anthropologist trained at the Hebrew University, Professor Bram was at the Van Leer Institute in Jerusalem and served as a research fellow at the Truman Institute at Hebrew University.  In 2012-13, he was the Schusterman Visiting Israeli Scholar at the University of Florida.

Chen Bram’s Ph.D. dissertation reflected “Caucasus Jews between Europe and Asia.” His research focuses on issues of diversity, multiculturalism, and ethnic relations in Israeli society as well as other societies.  He has conducted field research in Israel, the Caucasus region, Central Asia and New York.  He has studied and worked with Jews of the Caucasus, Soviet Jews in Israel, Bukhara Jews, and Mizrachi Jews in Israel. 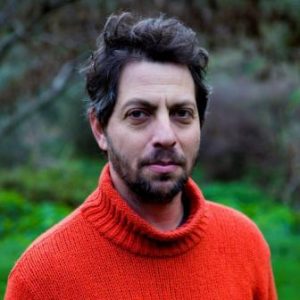 Guy Meirson was sponsored by the Serling Institute and  taught screenwriting for the English department during the Spring 2013 semester and participated in the Israeli Literature Symposium at MSU.

Guy Meirson (Film Studies, Department of Cinema and Television, Tel Aviv University) is a screenwriter and novelist. His first feature film as a writer, “One Small Step” (2003, Dir: Shahar Segal), established him as one of Israel’s most promising screenwriters. Since then he has collaborated with several directors, writing and co-writing for film and television. He also directed a 50 minute drama, “Itzik,” for cable TV. His film Rock the Casba (Dir: Yariv Horowitz, 2012) premiered in the Berlin Film Festival 2013. His second novel, “Nothing Happened” (2011), is published by Keter Books.

Meirson introduced the film Rock the Casba at a public screening at MSU and led a discussion after it. 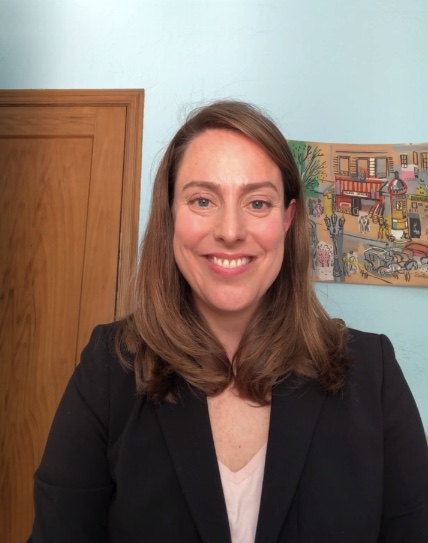 This Fall Dr. Vered Weiss will join The Michael and Elaine Serling Institute for Jewish Studies and Modern Israel as the Serling Israeli Visiting Scholar and The Israel Institute Teaching Fellow. Weiss will also be a faculty member of the Center for Integrative Studies in the Arts and Humanities here at MSU. Previously Weiss was a Postdoctoral Research Associate at the Program in Jewish Culture and Society at the University of Illinois at Urbana-Champaign, and The Israel Institute Teaching Fellow at San Francisco State University and Sonoma State University. Weiss teaches courses on Israel and Jerusalem, Israeli literature and poetry, Israeli cinema and television, as well as courses on Jewish women writers, and gender in Hebrew literature. Weiss also teaches courses on world literature and cinema, including courses on vampires, monsters in film and literature, and a course on spatiality in speculative film and literature. Weiss’ publications include articles about Israeli literature and culture, and she recently published an article about Juda, the Israeli television series about Jewish vampires. She is co-editor of Tracing Topographies: Revisiting the Concentration Camps Seventy Years after the Liberation of Auschwitz (Routledge, 2017), and is co-editing a volume about Israeli culture and Post-Traumatic Stress Disorder. Her current research project explores the interplay between the location of marginalized characters and the ways in which narrative empathy is formulated in literature, and she is also collaborating on a co-edited volume about Israeli speculative fiction.