March 13-20- STREAM ONLINE
Muna (3 episodes), My Grandma Had a Gun, and Love it Was Not
Links to these films will be sent via email once you register.

Sunday, March 20- LIVE DISCUSSIONS ON ZOOM
1:00pm- Mira Awad Creator of Muna
2:30pm- Yael Katzir Director of My Grandma Had a Gun
3:15pm- Yael Katzir on Love it Was Not

Register for all virtual events here

Tuesday, March 22- IN-PERSON
6:00pm-Complimentary dinner by Woody’s Oasis will be served outside Wells Hall facing the International Center (Behind the Starbucks in the B-Wing)
7:00pm- Live screening of Aulcie, Wells Hall B-117 (Masks are required)
8:30pm- Live discussion with Director Dani Menkin

Please email us at jewishst@msu.edu with any questions. 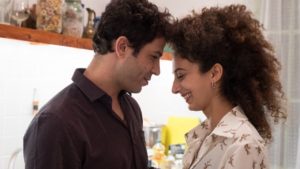 Muna (2019)| TV Drama| Creator: Mira Awad| Directed by Ori Sivan.
As a military operation in Gaza escalates, Muna Aboud, a Palestinian-Israeli photographer living in Tel Aviv, is confronted with the complexity of her identity and relationships. Being constantly pressured to choose between worlds, Muna embarks on a journey towards herself. 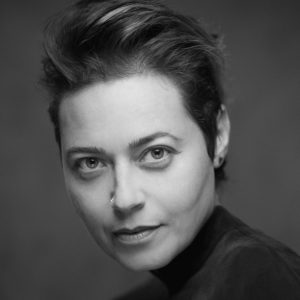 Singer, songwriter, actress, artist and content creator. Born in Rameh, a Palestinian village in the Galilee, northern Israel, to Palestinian father – Dr. Anwar Awad, and Bulgarian mother – Snejanka Izvorska, between two brothers – Ala’a and Sinan. Ms. Awad grew up grew up in a politically involved family with high humanitarian values. From an early age she spoke out for women’s rights, for equal citizenship for Palestinians living in Israel, a two state solution and for environmental awareness. 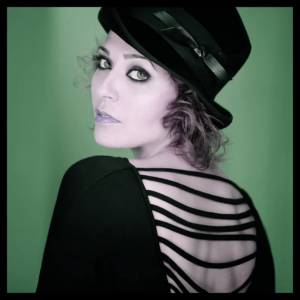 Click here for the link to this pre-recorded performance.The video is available until March 22.

Mira Awad, a Palestinian citizen of Israel, creates Fusion Arabic music that combines the East and the West. Mira sings about human solidarity and the fervent wish for peace. Accompanying on guitar: Shay Alon. 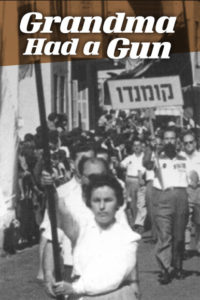 My Grandma Had a Gun

My Grandma Had a Gun (2020)| Documentary| Director: Yael Katzir
The amazing life story of Surika Braverman, one of only 3 female paratroopers during WWII. Surika’s story was overshadowed by the mythology of her two colleagues, Hannah Szenesh and Haviva Reik that we:re  captured and died fighting the Nazis. Surika’s story did not enter the pantheon of Israeli culture even though she was the only female paratrooper that survived. Later she was one of the first female fighters to serve in the Palmach, the elite fighting force of the Haganah, the underground Jewish army during the British mandate.

Dr. Katzir is an accomplished and award-winning Israeli documentary filmmaker, former head of the History Department and lecturer at the Film Department in the Art School of Beit Berl Academic College. Her films include Company Jasmine, Praying In Her Own Voice, Violins in Wartime, Shores of Light, The Albanian Code, and Shiva for My Mother.

Love It Was Not 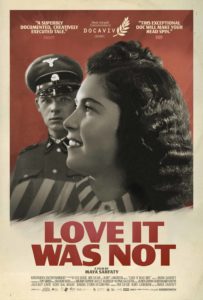 Love It Was Not (2021)| Documentary| Director: Maya Sarfaty
Love It Was Not is a story about a relationship between a prisoner and a Nazi. Beautiful and full of life, Helena Citron, is taken to Auschwitz as a young woman, and soon finds unlikely solace under the protection of Franz Wunsch, a high-ranking SS officer who falls in love with her and her magnetic singing voice. Thirty years later, a letter arrives asking Helena to “return the favor”– testify on Wunsch’s behalf. Faced with an impossible decision, Helena must choose. 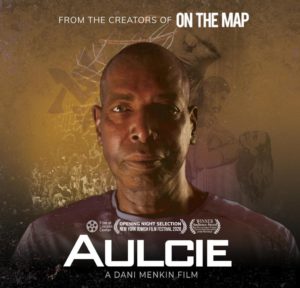 Aulcie (2020)| Documentary| Director: Dani Menkin
Aulcie is a documentary about an African American basketball player from Newark, who moved to Israel to join Maccabi Tel Aviv’s basketball team, converted to Judaism, changed his name to Elisha Ben Abraham and began dating Israeli supermodel Tami Ben Ami. Tragically, Aulcie was eventually arrested and jailed for narcotics smuggling, the end result of a hidden but growing addiction to drugs. Now committed to uplifting others confronting the disease of addiction and abuse, Aulcie works with youth in Israel and across the world. And as only he can, director Dani Menkin has captured the essence of the harrowing tale of its adopted and much-beloved son, in the true story of Maccabi Tel Aviv’s legendary player, Aulcie. 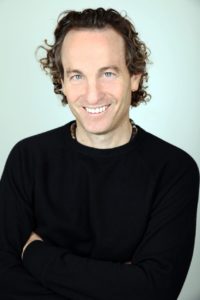 A two- time Israeli Academy Award winner, Dani Menkin’s narrative and documentary films include Picture of His Life, On the Map, Aulcie, Dolphin Boy, 39 Pounds of Love, and Is That You? His movies have been sold to Disney and HBO. Menkin is an internationally renowned speaker and film juror at International Festivals around the world, as well as a film professor in universities and colleges in Israel and the U.S. He co-founded “Hey Jude Productions.” Menkin is known for exploring the courage of the human life through personal stories. He connects the extraordinary heroes of his films to a larger context, and their impact on the world. The result is always a riveting emotional experience for the viewers, transformative and triumphant.